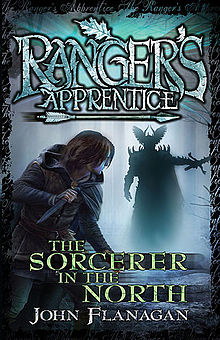 Review- This series has been so fun for me to read! This book is specifically about Will stretching his wings and becoming independent. In a quiet part of the country where it is supposed to be calm will discovers there are problems and gets recruited to go undercover. Joined by his friend Alyss they fight together against the growing hysteria and traitors. Alyss is taken hostage and Will is forced to take the dying king to safety and is forced to choose between his mission and loyalty to his friend.

My take on it- I really enjoyed the humor in this book compared to others in the series. While Will is undercover as a Jongler (Jester) there were quite a few moments in the book that I was chuckling. I found the book a little slow in the beginning but it picked up pretty quick later on.